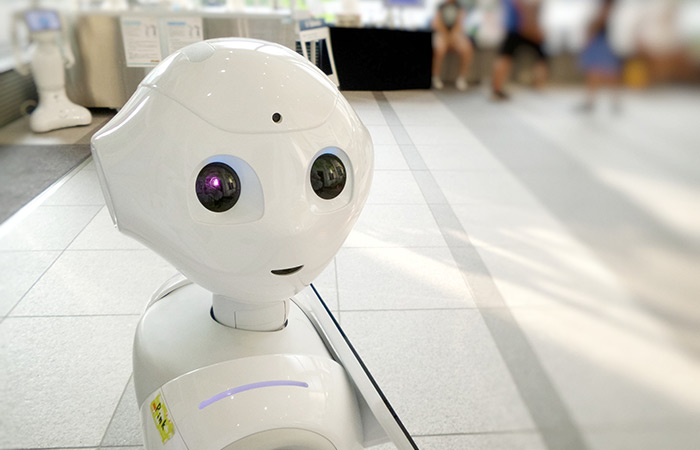 Artificial intelligence, otherwise known as “AI”, is one of mankind’s greatest achievements and has been developing since its introduction in 1956. With the exponential improvement of computational power over the last few decades, there has been a dramatic emergence of “AI” in our day-to-day lives. Furthermore, government funding and hype around AI has only bolstered its presence in recent years. We can now find AI in most industries, most notably in technology, banking, marketing, transport and entertainment. Its introduction into these industries has brought with it a variety of benefits for business, both large and small.

With AI comes specific advantages for certain industries. For example, in law firms, AI is extremely efficient when going through a large amount of data and retrieving important and relevant information much faster than humans can. This can help businesses automate time-consuming labour allowing people to focus on the more important tasks. AI can also be a great benefit to businesses that need to communicate with high volumes of customers, either simultaneously or in a short period of time, such as in the case of transport companies. These interactions can be automated so that customers can be responded to efficiently and accurately. Most customer interactions today are already being automated by big businesses.

Arguably, the greatest advantage of AI is ‘machine learning’. This means that the more AI is used, the better it becomes at its job. This ability is exceedingly influential in outcome prediction. It is very efficient in predicting supply and demand for products by analysing past data and enabling companies to accurately identify stock requirements. This ability is also of great benefit in other industries. For example, in banking, AI could be used to predict stock market fluctuations.

When introducing AI in the Middle East, Dr. Al-Jibouri has recognised the need to encourage students and those interested in computer science to enroll in and pursue further education in the field of AI. He has recently launched the Tashjee initiative, which is a program designed to encourage and support students, innovators and educational institutions to develop the use and understanding of AI in the Middle East. This is done by developing environments where ideas are incubated through programs, resources and facilities whereby they are given funding. From Al-Jibouri’s perspective, AI has the serious potential to raise productivity in businesses by allowing human labour to focus on high-importance tasks. Most importantly, it would lower the overall costs incurred by businesses by lowering the amount of human capital; and by its widespread implementation, it has the potential to boost the local economy. Dr. Al-Jibouri has already started using AI in his own businesses, with the receptions in his offices being run by robots that provide visitors with office guidance.

Dr. Al-Jibouri sees a bright future for AI, however, there needs to be emphasis on sufficiently educating candidates and encouraging them to specialise in niche roles and computer science related subjects. It is integral that in bringing AI into businesses, human labour is still appreciated and jobs are still created. With the introduction of AI, there will be a shift in demands from employers. Most noticeably, higher standards for entry-level jobs and a general focus on candidates who are more tech-savvy. Advice towards candidates and businesses alike is provided in order to help them recognise that they need to adapt to an increasingly digitised workplace, as well as understand that traditional workplace skills and demands are starting to shift. Overall, AI has the potential to revolutionise businesses in the Middle East, creating a more profitable environment for business owners.