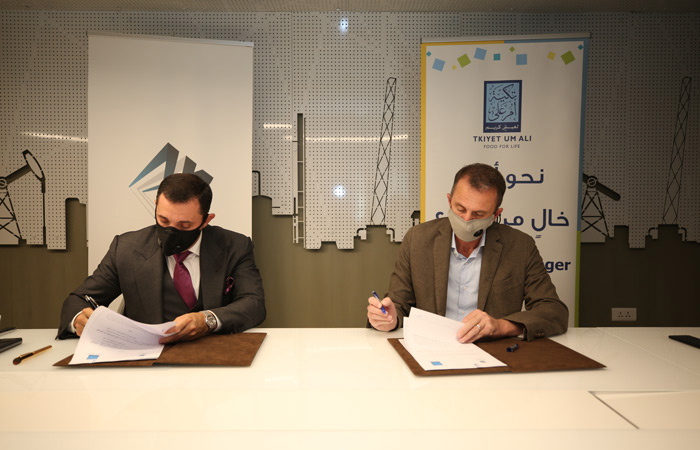 Driven by a high sense of social responsibility, Armada Group, represented by its CEO, Iraqi businessman and investor Dr. Ahmed Al-Jibouri, signed a collaboration agreement with Tkiyet Um Ali – an NGO that is well-known for voluntary and charitable work – to support its ongoing programs and seasonal campaigns that aim to eradicate and combat hunger throughout the Kingdom.

The purpose of the one-year agreement came as an effort to empower underprivileged families that are endorsed by Tkiyet Um Ali, through providing food parcels containing food items that are sufficient for every family living under the rough conditions of poverty. Food parcels will be prepared and distributed according to public health standards, bearing in mind safety and sterilization procedures, all of which are aligned with the packaging specifications of Tkiyet Um Ali, to deliver the food parcels to the beneficiary families on a monthly basis.

The agreement was recently signed by Dr. Ahmed Al-Jibouri, CEO of Armada Group, and Mr. Samer Balkar, Director General of Tkiyet Um Ali, in a signing ceremony that took place at the Armada headquarters located in Wadi Saqra Street – Amman. The ceremony was attended by a number of senior officials from both parties, making it a valuable networking opportunity for both teams to communicate and exchange ideas that would enhance charitable work.

Dr. Ahmed Al-Jibouri, CEO of Armada Group, expressed his pleasure to have signed this agreement, stating: “We are proud to collaborate with Tkiyet Um Ali, as this cooperation is a great example of private-public partnership that aims to support the charitable work that these entities strive to achieve. Our initiative is driven by our sense of social responsibility and sincere commitment towards less fortunate communities, and we would love to lead by example as we believe that everyone plays a vital role in helping to achieve justice and social balance.”

Dr. Al-Jibouri added: “This initiative comes as one of the humanitarian actions that we continuously offer, and we do not expect anything in return other than generating happiness within the individuals who are fighting against hunger. We are also participating in order to grant food security, equality and justice, especially during this difficult time due to the pandemic crisis. Unprecedented times as such place a heavy burden on people’s daily lives, especially those living below the poverty line, and we feel that it is the duty of us all to take part in this responsibility.”